The Most Expensive Coffee in The World is Not Luwak Coffee

The most expensive coffee in the world is no longer Luwak coffee but Black Ivory Coffee from Thailand. The price of a cup of coffee is quite fantastic, namely more than 900 thousand rupiah. This coffee itself is made in certain regions of Thailand which was previously known as an opium exporter. 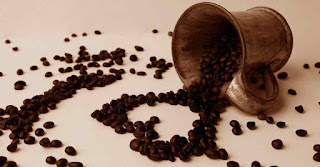 To produce Black Ivory Coffee, elephants will be asked to eat coffee beans. For three days the coffee beans will remain in their stomachs before finally coming out in the feces.

The workers will then take these coffee beans then wash, dry and roast them. These seeds are very expensive because of the approximately 15 kilograms of coffee beans given to elephants, only half a kilogram of Black Ivory Coffee can be obtained. So, what's so special about this elephant droppings coffee?

Elephants eat a lot of grass and vegetables. Herbivores like elephants ferment in the stomach to break cellulose from their food. This fermentation is great for wine, beer, or coffee because it can remove the sweet taste from seeds.

Black Ivory Coffee is actually quite similar to tea, a kind of blend of coffee and tea.

Eighty percent of coffee sales will be given to the Golden Triangle Asian Elephant Foundation, the body that manages elephant rescue.

The concept of coffee from the dirt itself is actually not new. Besides civet coffee, there is coffee made from cat and bird droppings. Coffee from Jacu bird droppings is quite popular in Brazil and is sold under the name Camocim Organic Jacu Bird Coffee.